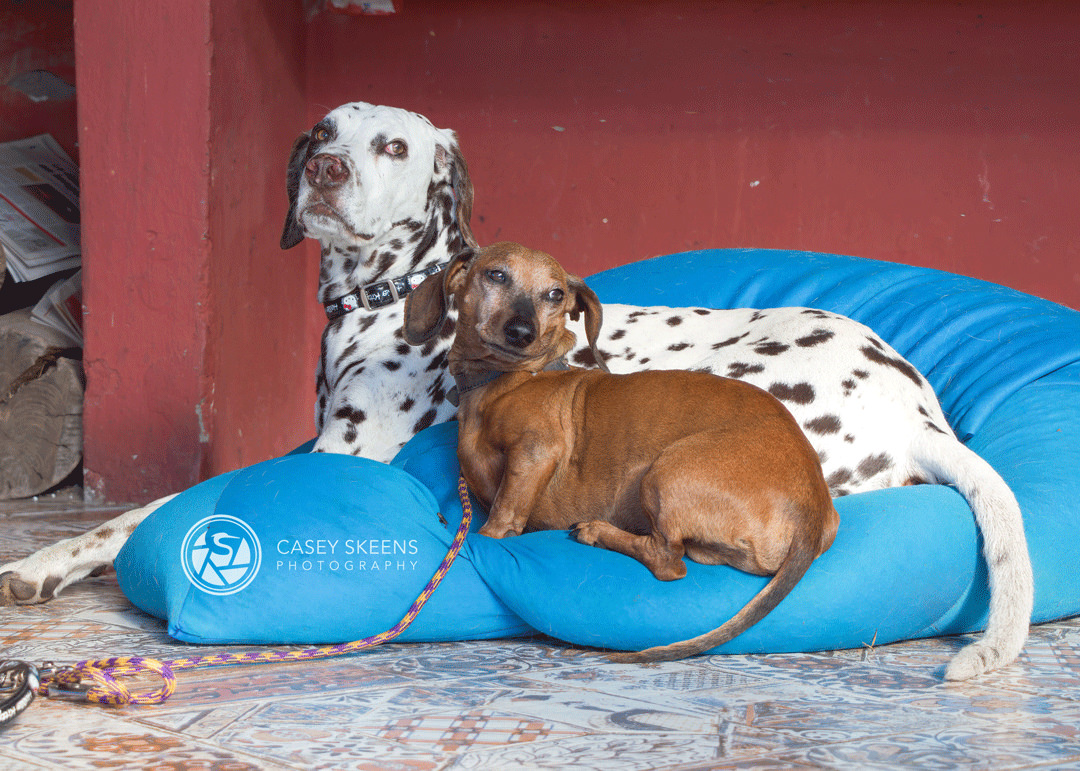 It is no secret that we like photographing the things we love – that includes our pets.

But it doesn’t take an experienced photographer to know that, compared to humans, pets can be more unpredictable and won’t pose for the camera just because you asked nicely. So it takes a little bit more finesse, creativity, and patience to make a connection with them and capture them in their best moments.

Just like any other genre, pet photography requires the same technical skills – focus, exposure, and composition. The difference, however, is that while you are trying to perfect these areas, you’re exerting twice the effort to get the subject to participate.

For most of us, training our pets and getting them to obey us isn’t part of the agenda. So in this blog, I will show you eight tips for getting the perfect shot of your furry friends with relative ease:

Get Down to Their Level

Get on the pet’s level to gain its trust, as you would with a child. Avoid shouting orders; instead, make physical gestures and maintain eye contact once you have established rapport.

When you’re engaged with the pet, you can take things forward and start getting the pet to move in the direction you want.

Remember not to rush things; allow time for the magic to happen. Use your camera as an extension of yourself, rather than this black object that goes between you and the pet. Sometimes, the longer the pet has to relax, the better your shots will be because the animal has a chance to let its personality shine through.

Have the Right Lighting

I prefer natural light for pet photography. So I recommend taking the shoot outside when it’s just nice and cloudy for that soft, diffused effect.

But if you’re going for an indoor shoot, make sure the room is well-lit or has a large enough window for natural light to pass through. It may not hurt to use a portable reflector to distribute the light more evenly across your subject, particularly if it may be moving a lot.

It’s a good idea to warm up before a shoot. You most likely will find yourself in all sorts of positions to accommodate a pet that is on the move. No pet is likely to hold a pose for you for very long. Some pets are naturally skittish, and others will be looking to play.

Instead of making big, sudden movements that could frighten them, try to be graceful. You can get a pet to change positions by squatting, for example, and then photograph them as they are responding to the movement.

Most pets would come up right to the camera to sniff the lens. So give yours something to take their mind off the camera, preferably a squeaky toy. Place it behind the camera to get them to look in the right direction while you fire the shutter.

Note: Act quick and take your shot before they inevitably get bored and run off to find another more interesting activity.

Decide on a theme. Placing your pet amongst the chaos of an opened wrapping paper on Christmas Day, for example, gives you a thematic scope to showcase the animal in whatever context you intend.

A theme is your “big idea,” and out of that will come your props list. You can add chew toys, balloons, and anything that will contribute to your theme.

Be Mindful of Backgrounds

Don’t be afraid to be creative with the props, but I recommend taking the shot with a neutral background. Like in people photography, bright, colorful backgrounds can be distracting and can take away from the subject. The same is true for your pets. For outdoor shoots, steer clear of trees and poles that can create optical illusions and distract from the photo’s focal point.

Decide on the Right Lens

In most conditions, you wouldn’t want to change lenses in the middle of a shoot. After determining the elements and dynamics of your shoot, decide on the right lens from the get-go.

Photographing dogs playing on the beach with a telephoto lens is a good idea as you can get close to the action just by zooming in. You can also convey movement and the pet in a natural setting.

A macro lens is perfect for a kitten curled up on the sofa. Here, you can highlight the paw, a whisker, or the coloration of its coat in greater detail.

A prime lens is perfect if you’re working with low light and need to be on the move, (i.e., point and shoot.) Similar to street photography and “shooting from the hip,” here, you can be spontaneous if you’re not looking to stage anything in particular. Pets move around quickly, so autofocus will come in handy while you’re engaging with the pet.

Regardless of whether it’s an outdoor or indoor shoot, you’d want to capture your pet in its most natural state. This can prove challenging, as pets can be unpredictable.

One way to overcome this is to try using a slow shutter speed with flash. Follow the pet’s movement to create slow-sync flash shots for that dynamic sense of action. The flash can also be used to freeze the subject as it moves through the frame. For example, when a dog leaps into the air, pan the camera following the movement and fire the shutter as soon as its feet are off the ground. Use Burst mode on your camera to rapidly take three photos in quick succession. This will allow you to capture slightly different versions of the same movement to ensure that you can capture the best shot.

It would be helpful to have someone with you to encourage the dog to do tricks or to play with the cat while you move around and capture their movements.

Pet photography isn’t for everyone – but I believe that moment when you establish that connection and capture them in their most natural, relaxed state can be highly rewarding.